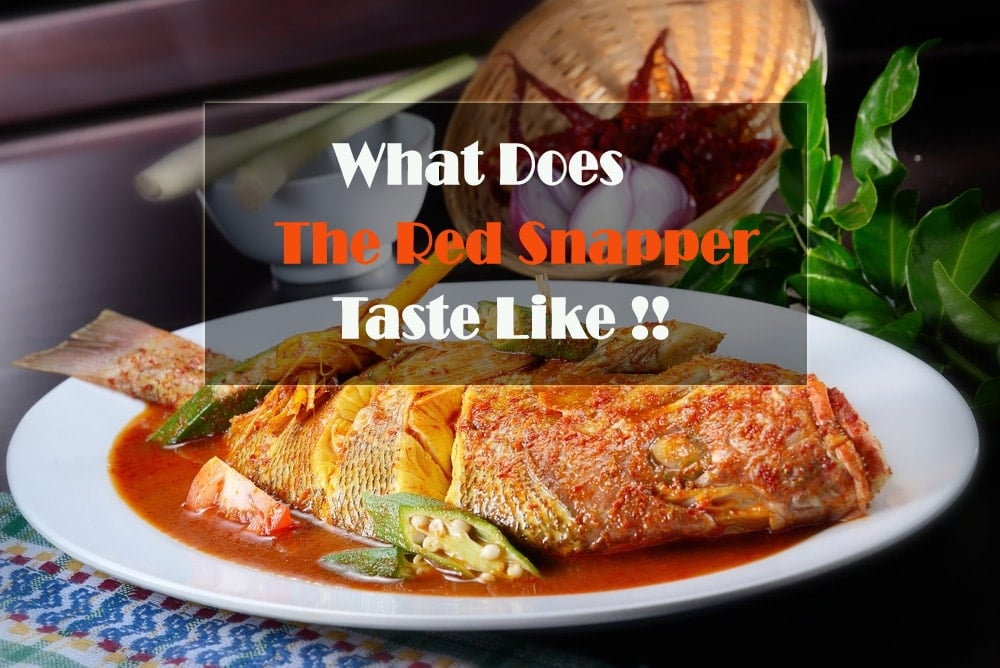 The red snapper is among the most typical variety of fish among recreational fishers and even found in restaurants as a commercial food. It is readily available in most parts of the globe but very common in the Gulf of Mexico, the Caribbean, and along the Atlantic Coast. What does red snapper taste like?

Red snapper has a slightly sweet, gentle, and nutty flavor. Its meat is moist, lean, and has a firm texture that makes it very adaptable to most ingredients. Red snapper taste is mild; hence it does not have the “fishy” sense of taste similar to other varieties.

In this article, you will get a deep understanding of red snapper, how it tastes like, the best flavors that complement it, and how to cook it. Besides, we have tips to help you choose a fresh red snapper and a recipe. There is so much for you.

Table of Contents show
What is red snapper
What Does The Red Snapper Taste Like
What flavors complement snapper?
How to tell if snapper is fresh
How to prepare and cook red snapper
Red Snapper Recipe – Oven-Baked Red Snapper
Conclusion

What is red snapper 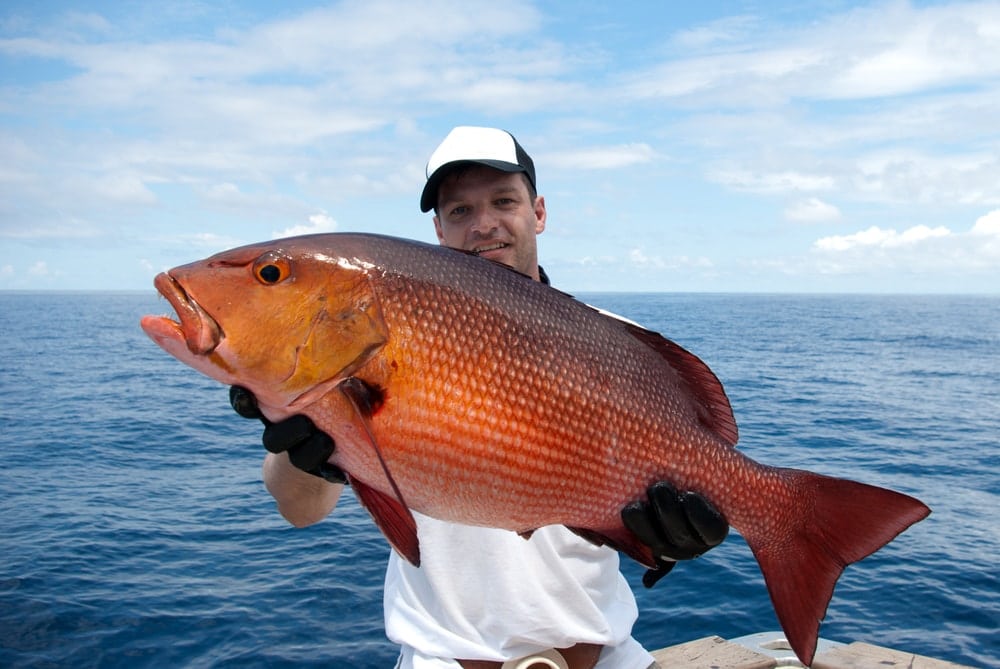 Red snapper is a typical fish scientifically known as Lutjanus campechanus. It is popular in the Western Atlantic Ocean, where a high number of it is found. What is makes this species stand out? Commercially it does so well since it is tasty seafood and also used for recreational purposes by game fishers.

It shares similar characteristics, including shape with other snapper varieties such as the dog snapper, mutton snapper, mangrove snapper, and the lane snapper. All of these snappers have laterally compressed body, sloped body, medium to large scales and spiny dorsal fine. According to the FDA (Federal Food, Drug, and Cosmetic Act), the red snapper demand is very high in the markets, and some people label other less expensive fishes like red snapper. Among species mistaken for red snapper include the blackfin snapper, Rockfish, lane snapper, and several species of bigeye.

Red snapper’s maturity and growth are affected by the different types of habitats during its growth. Lately, this species is being stocked in artificial reef habitats off the coast of Sarasota, Florida, and the coast of Alabama. 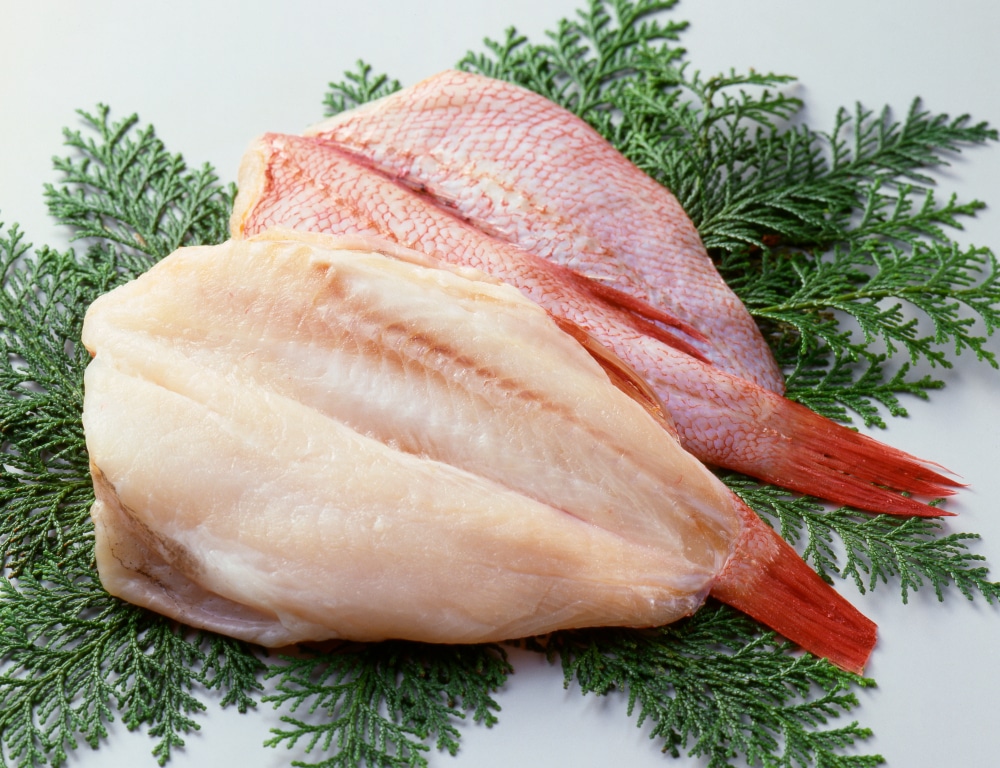 Red snapper has a lean and firm-textured flesh that is mild with a sweet taste. Besides, a real red snapper has a nutty flavor. If someone does not eat fish and is offered some pieces of meat from this particular species, they might not realize they are eating fish.

Besides, it compliments most of the seasoning you may know; thus, you can easily serve it with most dishes of your choice. However, you should consider specific ways to cook red snapper if you like it cooked in a certain way. They include: baking the whole snapper, roasting its fillets, sautéing fillets and deep-frying the fillets.

Also Read : What To Serve With Stuffed Peppers?

As stated above, the red snapper is very versatile when it comes to cooking it. It will get along with most seasoning, side dishes, and various wines.

While seasoning your red snapper, you will never go wrong if you use the following:

Besides, red snapper will be delicious with many side dishes which include the following:

Finally, are you familiar with the school of thought that wine makes food healthier? While having your dinner of roasted red snapper and potatoes, a glass of White Graves wine will be of no harm.

Below are some of the other wine varieties you should incorporate while eating your red snapper:

How to tell if snapper is fresh 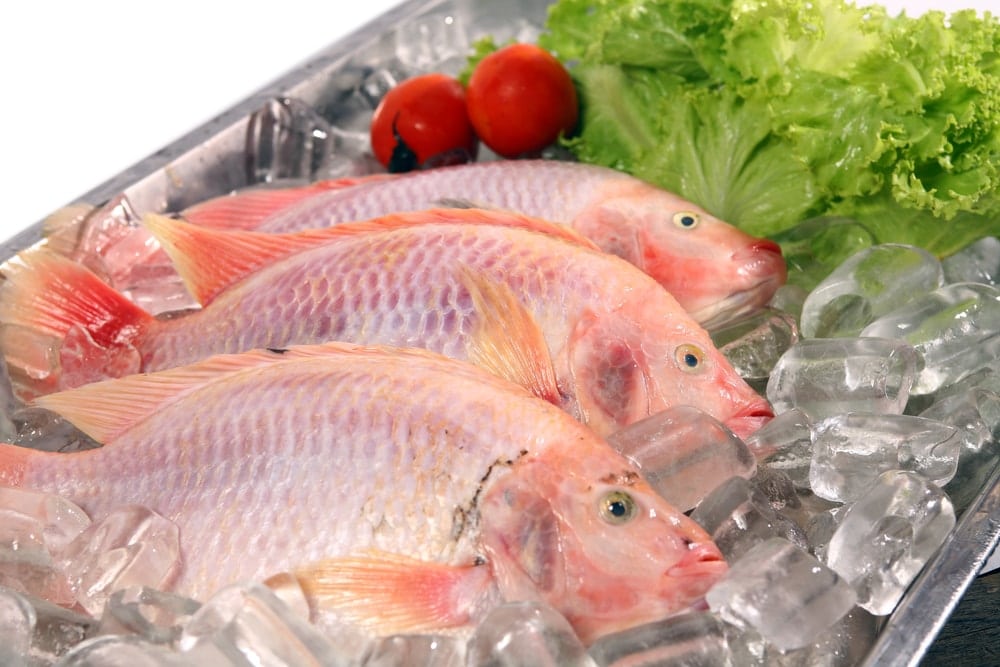 Fresh food is good for healthier eating. Among the top benefit of eating fresh red snapper is that it taste better and still has the nutritional value.

However, getting a fresh fish is not enough of you are not getting the right fish, i.e., red snapper. As mentioned earlier, many other fish species in the market are falsely market and sold as red snapper. Such sellers probably take advantage of the similarities these species share with the red snapper.

Here are tips to help you buy the right and fresh red snapper:

How to prepare and cook red snapper 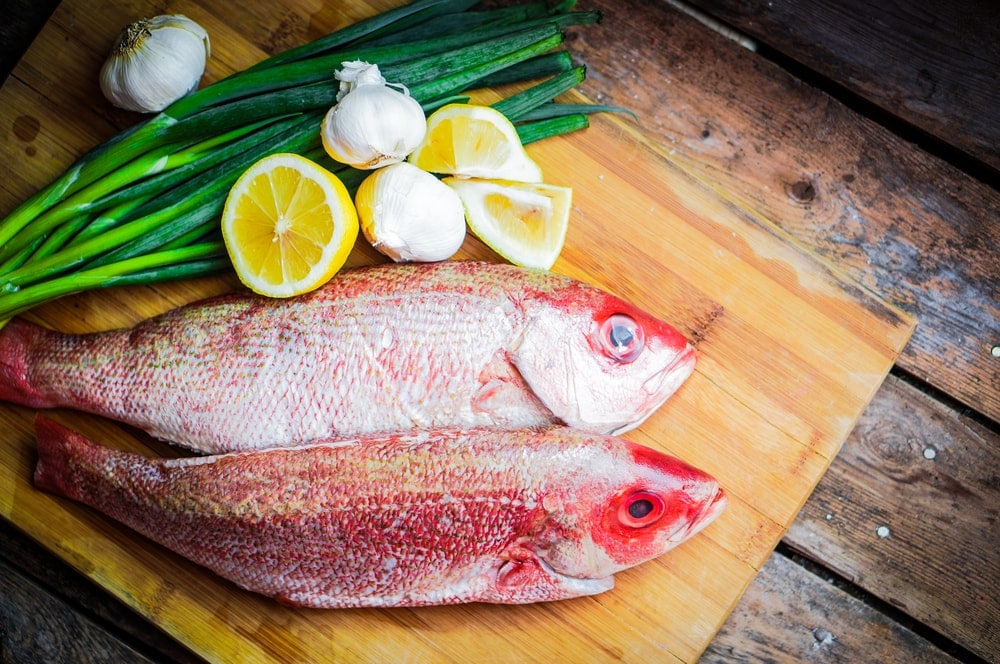 The first thing you should do while you want to cook red snapper is to clean it. Using a pair of scissors, cut the fins. After that, use the back of your knife to scrub off the scales. Finally, use clean water and rinse it.

As mentioned earlier, there are various methods to cook the red snapper. You may roast it, deep fry, bake, steam, etc. If you decide to cook it as a whole, remove the gills. If you wish to cook it in smaller pieces, start cutting close to the head on both sides. Then cut along where the dorsal fin is located to remove the flesh. You should also repeat this process on both sides without leaving much meat on the bone.

Finally, you can choose the most convenient way to cook your red snapper and season it with your favorite ingredients. Below is my favorite red snapper recipe. Take a look.

Red snapper has lean meat with low calorie and lavish Vitamin A, Potassium, and Omega-3 acids. These nutrients play a significant role in your health. It includes enhancing and maintaining healthy bones, cell reproduction, and metabolism. Also, Omega 3 acid is good for brain health and decreasing the risk of heart disease.

Red snapper has a lot of health benefit; on the other hand, it can be unhealthy if always consumed due to the high levels of mercury. Nutritionist recommends that you eat several times a month.

This is a simple recipe you should try at home with your family and enjoy a tasty fish.

Red snapper is such delicious seafood with a mild taste and delicate texture. Most of the fish-eater can easily tell the exact taste of red snapper despite the cooking method used. For this particular species of fish, you need to get a fresh one and cook it in a way that suits you.

There are many recipes you can easily prepare. It is always good to try new dishes to get new experiences.