How Many Tablespoons In An Ounce – Calculator

It’s not always easy to stick to a recipe especially if you don’t have the right measuring tools to get the accurate measurement of each ingredient. Sometimes the recipe is talking about a half a quart of something, yet you’ve got no idea how to measure this. That’s why cooking experts don’t part with their measuring gadgets just to get the best out of their recipes.

Well, with most recipes, you’ll be dealing with tablespoons. That’s easy, right?

But how big is a tablespoon? It’s possible you have tablespoons of different sizes, and you might not know which one to use. Nevertheless, cooking has to continue.

So, how can you get an accurate measure of a tablespoon?

The truth is, tablespoons vary in sizes, and so, you need a standard measure to get your measurements right. That’s why knowing how many tablespoons in an ounce is of great need.

What Is A Tablespoon? A tablespoon is a unit of measure equal to 15 milliliters. A tablespoon can be abbreviated as T, tbl, tbs, or tbsp. usually; a typical dinner spoon is almost the same size as a tablespoon. Even so, a regular spoon shouldn’t be confused with the amount of one tablespoon as the latter is a bit larger than the regular one.

In terms of appearance, the traditional British tablespoons have a fairly deep bowl in comparison to the modern US tablespoon. As such, the imperial tablespoon is rarely used in most recipes. The standard size used for most recipes is 15 milliliters which in this case is equivalent to the Queen Anne tablespoon.

What Is An Ounce? An ounce, abbreviated as oz is a unit of mass, weight, or volume used in most systems of measurements. The abbreviation oz comes from the Spanish or Italian word “onza”. In terms of weight, an ounce is almost equal to the weight of a slice of bread.

Apart from the common ounce, we have several other ounces that are in current use. We have the troy ounce, which is about 3.11 grams and it’s used to measure the mass of precious metals like gold. Others include the ounce-force – a measure of weight and the fluid ounce which is a measure of volume.

In the U.S. system, a fluid ounce is approximately equal to 29.6 milliliters. A dry ounce measures approximately 28.6 grams. Therefore, an ounce can be used to measure both liquid and dry ingredients. Nevertheless, you should note that a liquid and a dry ounce are far apart. So, you need to get the difference for better precision.

The Difference Between Liquid And Dry Measurements 1. How To Measure Liquid

The best way to measure liquid ingredients is by pouring them in a calibrated cup specifically meant for liquids. Usually, cups designated for measuring liquids have handles to make pouring easy. They also have engraved lines to indicate the amount of liquid.

Here is a table to convert cups into ounces if you are not a fan of them:

If your recipe calls for a tablespoon of liquid :

2. How To Measure Dry Ingredients

For dry ingredients like flour, you can use a scale or a dry measuring cup. If you choose to use a cup, make sure you maintain a flat edge for better precision. Additionally, you need to familiarize yourself with different ounce conversions in case special units have been highlighted in the recipe.

How Many Tablespoons In An Ounce

Earlier on, we highlighted the different types of tablespoons that are currently in use. However, when discussing tablespoon-ounce conversions, we are mainly going to focus on the US tablespoon as it’s common with most recipes. It’s much more precise since it blends with most units of measurements.

Quick Guide – How Many Tablespoons In An Ounce

So if you are in a rush then here is a chart for you that will give you an idea of How Many Tablespoons In An Ounce.

If you don’t like numbers, it might not be interesting to do the conversions every time you want to make a meal. That’s why you might need to have a conversion table pinned somewhere on your kitchen wall. You can design one on your own or buy one. 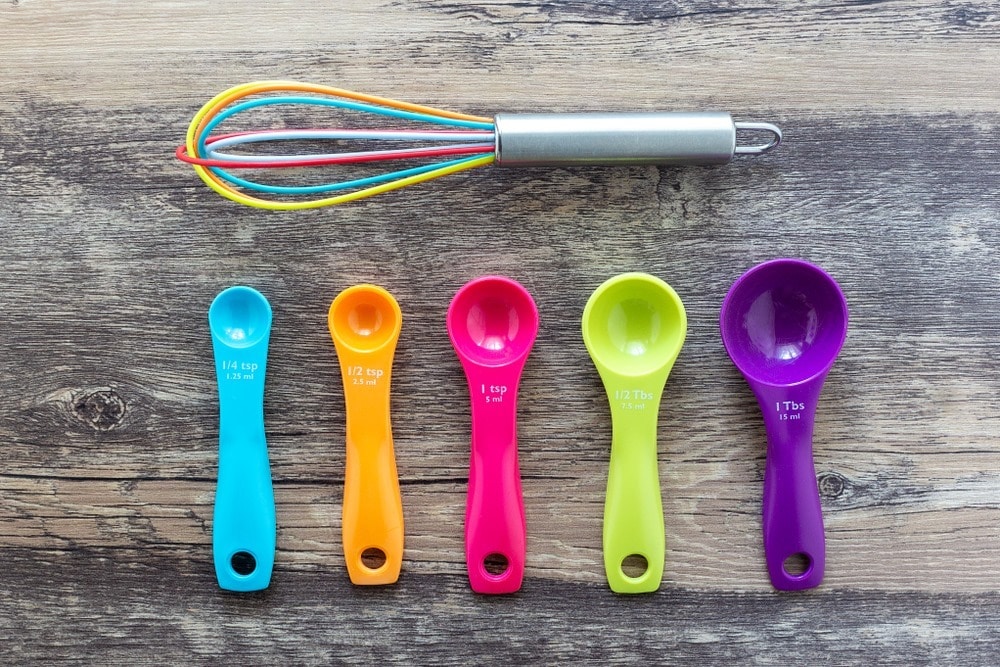 Now that you know how many tablespoons make an ounce, you also need to know tablespoon-teaspoon conversion. In fact, it’s much easier to work with teaspoons than ounces. The common teaspoon is standard for both the U.S. and British systems. A standard teaspoon is about 5 milliliters. Since the U.S. tablespoon is approximately 15 milliliters, it’s equivalent to three teaspoons.

If you’re using the imperial tablespoon which is about 18 milliliters, then you’ll need at least 3.6 teaspoons.

As usual, to make the conversions easier when cooking, always have a conversion table pinned on the kitchen board.

Cooking is fun but can turn out sour if you don’t get it right with your ingredients. That’s why it’s important to familiarize yourself with basic conversions like how many tablespoons in an ounce or ounces in a cup. To make it easier for you, you can keep different conversion tables in your kitchen.